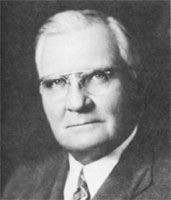 Health Care Service Corporation (HCSC) traces its roots to the development of the world's first hospital care prepayment plan in 1929 by Justin Ford Kimball, a vice president at the Baylor University School of Medicine in Texas.

Using Kimball's plan as a model, a group of Chicago civic leaders, hospital officials and physicians met in the midst of the Great Depression to find a solution to the critical problem of affordable health care. In 1936, they pooled their own resources and launched what was initially called the Chicago Plan for Hospital Care. The company's first health insurance policy became effective on January 21, 1937.

The concept of prepayment for hospital care caught on quickly in Chicago. The company, which was incorporated as Hospital Service Corporation, grew rapidly, enrolling 36,000 members in just the first six months of operations. The company adopted the Blue Cross symbol in 1939 and the Blue Shield symbol in 1947.

HCSC plans were among the first health coverage companies in their states, and they pioneered many of the benefits that are taken for granted today.

In Illinois, we were the first to provide:

In Texas, we were the first to provide coverage for:

In New Mexico, we were the first to:

In Oklahoma, we were the first to create a mobile health screening unit and the following free screenings: