An arch marks the entrance to Little Village, the largest Mexican community in Chicago. (Photo by Joe Stoltz)

Residents of Chicago’s Little Village neighborhood are seeing that the coronavirus pandemic isn’t playing out the same for everyone. It’s hitting harder for people with limited economic security and access to health care.

Known as the Midwest’s entry point for Mexican immigrants, the community on the city’s Southwest Side is suffering a disproportionate share of infections, deaths and economic pain.

“This is bringing more light to inequities that already existed,” says Amanda Benitez, community health director for Enlace, a Little Village advocacy organization. “The Latinx community has been left out in so many ways. It’s so much clearer to everybody now that they’re beginning to see the gaps.”

Nationally, they have made up 35% of reported COVID-19 cases even though they’re 18% of the population, according to preliminary data from the Centers for Disease Control and Prevention.

In Chicago, Latino residents have accounted for 45% of the city’s reported COVID-19 cases and 31% of deaths, although they make up 29% of the city’s population, according to the most recent data.

As the coronavirus began spreading in the U.S., leaders in the Little Village community knew their 75,000 residents would be unevenly affected.

Longstanding disparities in employment, housing, transportation, education and health insurance availability put Latino residents, especially those who are undocumented immigrants, on a collision course with the virus and the economic downturn it’s causing, Benitez says.

The facility will offer services to the community, not exclusive to the plan's members. Programs will include fitness, health literacy and health care classes and insurance education.

People with underlying health conditions — such as obesity, diabetes, heart and lung diseases and immune deficiencies — are much more likely to get seriously ill from the coronavirus. These conditions, meanwhile, are more common among some demographic groups, including Latinos.

Lack of health care access plays an integral role in these disparities. In Little Village, nearly half of its population is uninsured, Benitez says. Statewide, 16% of Latino residents lack health care coverage.

This is partly because many have jobs that don’t include health insurance benefits, Benitez says. So, it’s common for people in the community to wait until they become ill to seek care. 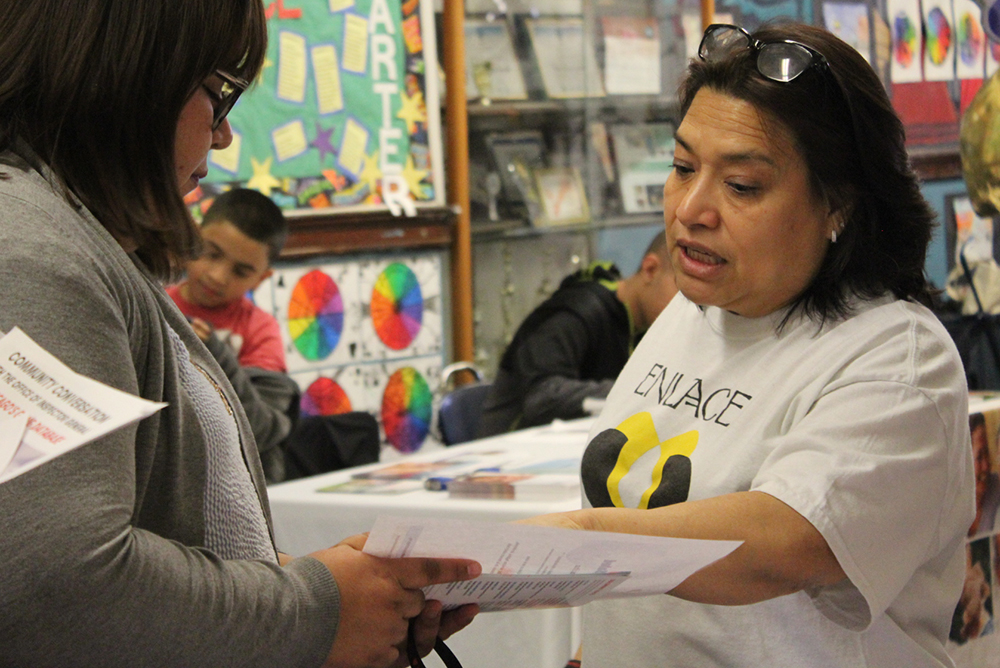 Another factor is some are in the U.S. without authorization and don’t qualify for government health programs or the Affordable Care Act marketplaces.

Health care access is only one factor though, she says. Others include living in high-density, multi-generational housing and poor environmental conditions, relying on public transportation and holding essential jobs that don’t allow remote work.

Undocumented workers, many with cash-based employment, lost their jobs. They and their families don’t qualify for federal financial relief, Benitez says.

Every day, those Little Village residents who are still working risk contracting COVID-19 and infecting their families as they strive to make ends meet, she says. The overwhelming worry over losing their jobs and lives has brought tears to men known in the community for their stoicism, she says.

“They don’t know what to do,” Benitez says. “They continue to risk their health because they have no other options. Our community is being devastated.”

Chicago officials and business leaders have begun to take notice as ZIP code data has revealed how some neighborhoods and demographic groups are suffering more than others.

Before the current crisis, HCSC's Illinois plan launched an initiative to collaborate with Illinois hospitals to address the health disparities that are now worsening COVID-19’s impact among certain people.

The insurer and the American Hospital Association’s Institute for Diversity and Health Equity will award one-year grants to 13 hospitals focused on improving maternal and child health, pediatric asthma, adult diabetes and breast cancer care, as well as reducing and geographic disparities, including rural access to care.

“This new grant program is part of our broader health equity strategy, which includes innovative partnerships with providers to reduce health care disparities and increase opportunities for all people to achieve their best possible health,” Robinson says.

Video: After COVID-19 Loss, a Champion for Prevention